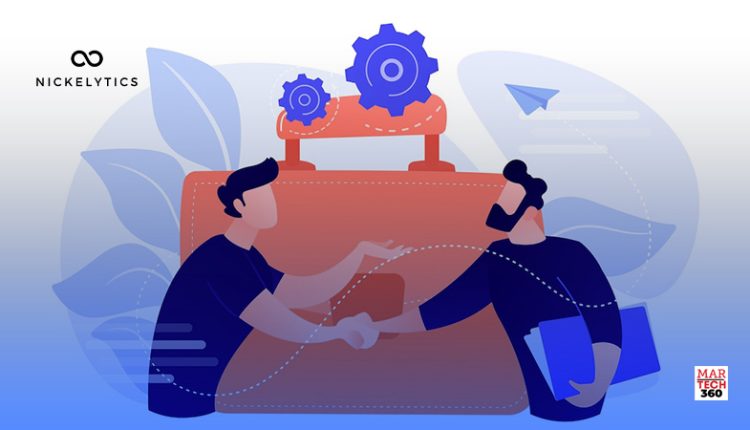 Nickelytics, a venture-backed B2B adtech startup that allows brands to execute hyperlocal out-of-home advertising campaigns, announced the launch of one of the first major OOH ad campaigns to be placed on robots. The mobility company partnered with Serve Robotics, the leading autonomous delivery company, and the Ad Council to introduce one of the longest running public service campaigns in history to an innovative new format: delivery robots.

We are delighted to increase public awareness of wildfire prevention, while helping reduce emissions and traffic congestion in Los Angeles with our friendly sidewalk robots

The Ad Council’s beloved Smokey will be wrapped around select Serve delivery robots in a new campaign to increase wildfire prevention awareness in Los Angeles. Serve Robotics and Nickelytics have also entered into an ongoing partnership to offer additional advertisers the opportunity to appear on their attention-grabbing sidewalk robots as they complete food deliveries in high-visibility areas.

“We are thrilled to partner with Serve Robotics to pioneer an exciting new form of out-of-home advertising,” said Judah Longgrear, Co-founder and CEO of Nickelytics.“Launching this campaign with Smokey Bear is a significant milestone for our team and only the beginning of our expansion in the Los Angeles market. We look forward to amplifying Smokey’s message and measuring the expected increase in campaign engagement using our real-time digital measurement capabilities.”

“At the Ad Council, we’re always strategizing innovative ways to reach people that compliment or go beyond traditional media. With nearly 9 out of 10 wildfires nationally caused by humans, it’s as important as ever to do our part to prevent unwanted fires,” commentedLaurie Keith, VP Emerging Media & Technology at The Ad Council.“Our new partnership with Nickelytics will allow us to share Smokey Bear’s message on eye-catching delivery robots and share critical information in an unforgettable way.”

“We are delighted to increase public awareness of wildfire prevention, while helping reduce emissions and traffic congestion in Los Angeles with our friendly sidewalk robots,” said Touraj Parang, Chief Operations Officer of Serve Robotics.“Nickelytics’ proprietary technology and advertiser relationships made them the perfect partner to help us bring out-of-home advertising to our growing autonomous delivery platform.”

The Smokey Bear campaign recently celebrated its 78th birthday, making it America’s longest-running PSA campaign, in partnership with the Forest Service and National Association of State Foresters. Smokey’s catchphrase, “Only You Can Prevent Wildfires” was developed in response to a massive outbreak of wildfires in natural areas other than forests. With heat waves sweeping across California, this year’s public awareness campaign remains as timely as ever.

Veritone Digital Media Hub Available in Arabic Through Partnership with OR…