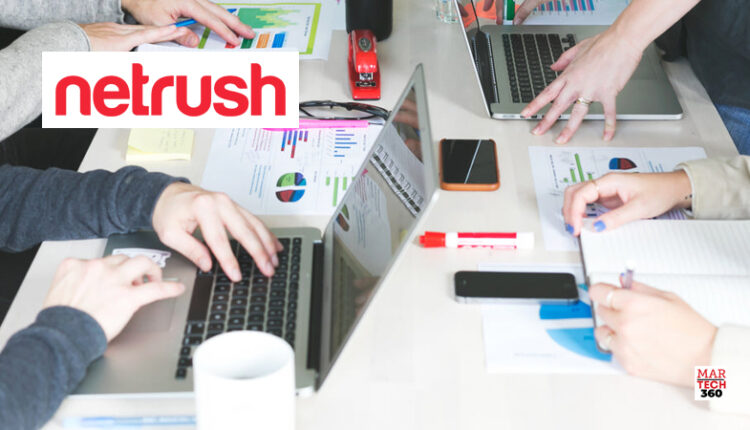 Shane Atchison has joined Netrush as the new CEO to lead the ecommerce accelerator’s continued growth in one of retail’s hottest sectors. As a veteran of traditional advertising, most recently the CEO of Wunderman Thompson (WPP) North America, Atchison has seen the increasing opportunity for accelerators from brands of all sizes.

“For the past 10 years, brands and agencies have focused on digital transformation,” says Atchison. “Launching their own platforms, deploying massive advertising campaigns, and analyzing data to be more consumer-centric. In spite of all this, customers have made their own choices, and those choices have overwhelmingly pointed to Amazon. The ecommerce accelerator model is crucial for brands to optimize a retail experience with a customer-centric approach. That’s the growth model brands need.”

Ecommerce accelerators, like Netrush, partner with brands to provide full-service solutions for ecommerce, including Amazon. Unlike traditional agency models, accelerators purchase products from brands and act as retailers to online shoppers. Instead of making money from retainers, accelerators make money off of sales, which is a factor Atchison believes sets the model apart.

“Netrush isn’t a paid-for service—we’re a partner that shares in profits and losses with brands,” said Atchison. “This shared risk and reward creates real alignment between accelerators and the brands we serve.”

Former CEO Brian Gonsalves and Company President Chris Marantette co-founded Netrush in 2006. Since then, the company has grown from a small, living-room operation to an enterprise-level platform that employs 200+ people and serves 700+ brands. Gonsalves served as the company’s CEO until transitioning into a Chief Entrepreneur role in February.

“Now is the time for Netrush to expand, which is why I’ve decided to shift my role to Chief Entrepreneur,” said Gonsalves. “I’ve been wanting to return to my roots as a builder and inventor, and transitioning into a Chief Entrepreneur role will allow me to drive Netrush forward in that way. Working alongside an amazing group of leaders, I’ll be driving innovation and growth – shaping the future of Netrush and what we can bring to better serve brands. Simply put: I won’t be going anywhere.”

In addition to bringing on Atchison, Netrush has also recently made large investments in technology and infrastructure, the most recent of which included the acquisition of the marketing automation platform Sellozo.

Simpleview partners with SKYNAV to give DMOs conversion through immersion

Immersive Experiences are Key to Consumer Engagement in…

Simpleview partners with SKYNAV to give DMOs conversion…