Metaverse Makes Business: How and Where to Start Transitioning Today? 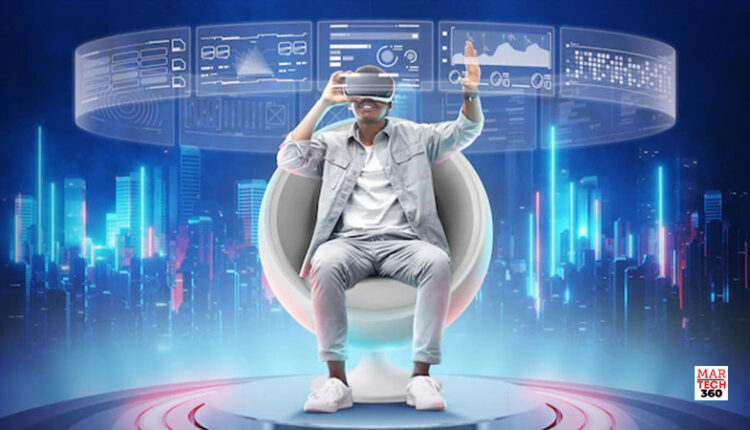 Today, Metaverse is rapidly gaining traction as a new way for businesses to virtually communicate and collaborate with users from anywhere in the world. It also supports an entire virtual economy where users can engage in a variety of activities such as building a real business.

Furthermore, the introduction of the business in this has made it easier to conduct business meetings and training sessions in the age of remote working. You and your colleague can use a VR headset to sit around the same table and discuss important issues in a completely immersive environment.

The concept is viewed by enthusiasts as the next generation of the internet, a virtual, interconnected reality that is seamlessly woven into our physical world. According to the argument, AR and VR will merge real and virtual, social, consumer, and business experiences.

When companies hold meetings using virtual-conferencing apps like Zoom or Microsoft Teams, they make a rudimentary connection to this virtual world. Indeed, much of the value may ultimately be found in business applications, such as virtual meetings and training sessions, new-product design capabilities, or the ability to provide customers with a virtual home or vehicle before purchasing a real one.

Read More: Data Backup and Cloud Computing: Know Why Businesses Must Rely on “IT”?

Many m-worlds began as gaming applications, but they have since grown to include additional features and attractions. They use a variety of monetization models to build their virtual-asset economies. Traditional approaches, such as subscription, advertising, and in-app purchase models, are included, as are newer, specific methodologies, such as initial asset offerings, metaverse agencies, and advertising based on metaverse-generated data. The m-world landscape is rapidly changing, with the introduction of major new platforms that will provide a better hybrid, two-dimensional plus AR/VR experience.

AR, VR, and MR technological advancements, collectively known as extended reality, are facilitating the transition from 2D to 3D by providing more realistic experiences and digital displays that are better synchronized with head movements. Indeed, surveys have revealed that the two biggest barriers to broader XR adoption are the user experience and limited content, both of which are rapidly improving. Equipment costs have also decreased, and sales are expected to rise rapidly. While the number of people using AR and VR grows, mobile AR, which uses smartphone cameras and processing power to superimpose information on what the phone sees, helps bridge the gap. Furthermore, the software development kits available from Apple for iOS and Google for Android can be extended to support AR and VR development. According to ARtillery Intelligence research, 800 million users actively use mobile AR, a figure that is expected to grow to 1.7 billion by 2025.

The Changing Web Of Internet

Users consume, create, and own content in the emerging Web3 iteration; networks are decentralized, with blockchain technology replacing centralized intermediaries and providing the trust that enables both consumption and exchange. Web3 is still in its infancy, but it is already powering a thriving virtual-asset economy composed of cryptocurrencies, NFTs, and smart contracts.

We anticipate that Web3 and traditional financial approaches will coexist in the near future. Web3 technology is progressing, as are local laws and regulations. By the end of 2021, approximately $90 billion in virtual and physical money was already circulating the m-worlds, a figure that was steadily increasing, indicating the its growing economic popularity.

Companies can begin this transition by becoming acquainted with the potential impact of the metaverse. A useful vehicle is an assessment of how the convergence of the three trends described above, namely the rise of m-worlds, advancements in AR, VR, and MR, and the expanding use of Web3 assets enabled by blockchain, may affect the business positively or negatively.

Companies can then focus their efforts on specific areas of this flywheel and potential use cases. Finally, they can choose whether to participate in the creation of this new infrastructure, monetize content and virtual assets, create B2B or B2C content, or even create inward-facing experiences like customer showrooms, virtual conferences, and remote collaboration solutions. They can even choose to attract relevant audiences, including both existing customers and potential customers.

Suchita is a professional content writer prominently experienced in domains pertaining to Market Research, EdTech, and B2B2C. Her recent work covers technology, innovation, and anything trendy in the industry delivering what's hot in the market. With her passion to read fiction, and write on innovation, she creates the perfect blend for content that resonates with market leaders with a hint of creative approach.

She has successfully executed content strategies, developed editorial services and pioneered feature pieces for her clients. Today, her passion towards her work enables her to craft her skills into today's B2B content syndication propelling B2B strategies on a global scale. When off the clock, she likes to spend her days lazing around with her novels or questing around for good food.