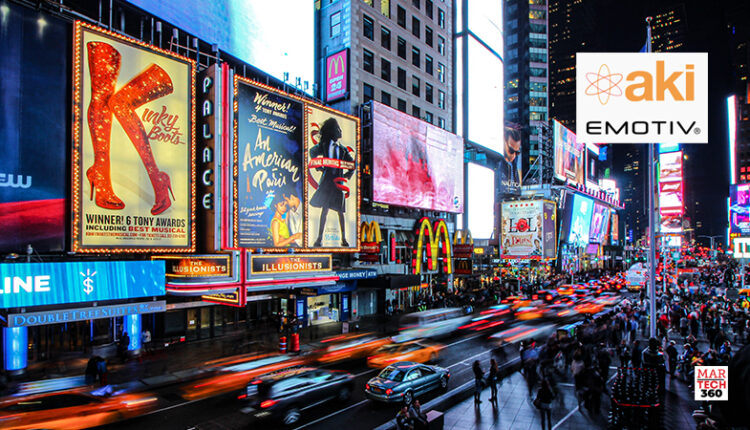 Brands will soon have better insights into how peoples’ brains respond to current and cultural events as well as advertising in those significant moments, thanks to research that Aki Technologies, an Inmar Intelligence company, recently conducted. Aki announced the first-of-its-kind study intended to measure advertising receptivity from panelists’ brainwave activity in response to Super Bowl LVI advertisements and game outcomes. The research is intended to support brand advertisers with new, neuroscience-backed insights that inform when and how to engage customers through advertising in the moments surrounding live and culturally significant events. The results will be published in the Aki-Emotiv Super Bowl LVI Report next month.

Aki partnered with EMOTIV, a bioinformatics company that advances understanding of the human brain using electroencephalography, in order to conduct the study. In the past, EMOTIV headsets have been used to help brands like ASICS and Dell to learn about brain pathways that influence concentration, emotions, and cognitive elements.

A pre-event questionnaire asked the panelists about their level of interest in football, which team they hoped would win, as well as their viewing and alcohol consumption plans for the event. Post-event, a questionnaire asked panelists to self-rate their levels of stress and attention during the game. They were also asked which advertisement, as well as which game event, they found most memorable. In addition to the panel, Aki issued a survey to 1,000 U.S.-census-balanced participants asking about their self-reported engagement with the Super Bowl game, commercials, and halftime programming.

The brainwave data will determine the degree to which consumers’ brain activity responded to various Super Bowl ads, as well as how their brain activity evolved in response to game outcomes and varied according to panelists’ self-indicated level of investment in football and which team they were rooting for. Early results of the study indicate that 68% percent of research participants were somewhat-to-highly engaged during the Super Bowl LVI commercials and were 36% more engaged with the commercials than with the halftime show.

“We’re perpetually arming our brand partners with groundbreaking consumer insights powered by cutting-edge technology in order to illuminate moments when consumers will be most receptive to advertising,” said CEO Scott Swanson, “By investing in this research powered by EMOTIV’s acclaimed technology during advertising’s biggest event of the year, we intend to pioneer a new wealth of understanding about human cognition that empowers brands to reach their consumers in a more meaningful way.”

“EMOTIV is excited to partner with leading innovators such as Aki to enhance the accuracy and value of consumer research using brain biometrics,” said EMOTIV CTO Geoff Mackellar. “By tapping EMOTIV’s diverse EEG-enabled user base through our citizen science platform EmotivLABS, we captured viewers’ moods, emotions, and mental states in real time as they watched the Super Bowl from around the world, providing insights into how they responded to events during the live broadcast.”