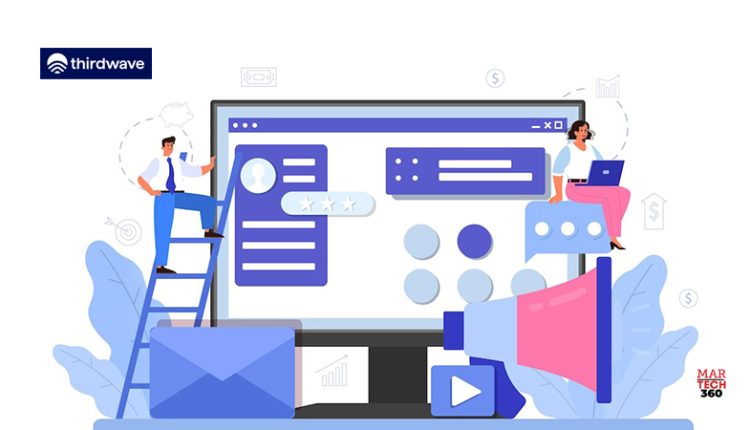 Thirdwave, the blockchain discovery engine, announced its launch out of stealth and $7M in seed funding. Thirdwave focuses on providing business data and insights and enabling game developers to better understand, find, and retain customers.

Newly announced seed round was led by Framework Ventures, a VC firm known for its early entry into blockchain gaming  and decentralized finance. The round was also supported by other leading investors including Animoca Brands, Play Ventures, Shima Capital, Hustle Fund, and Oceans Ventures.

Today Thirdwave is launching out of stealth with $7M in seed funding led by Framework Ventures.

The blockchain environment – especially in the gaming world – has no window into the industry or customer insights that builders need. Therefore, Thirdwave has designed and built a platform that provides web3 companies, projects, DAOs, and protocols with this information for the first time. The Thirdwave product exists at the intersection of community, social, and on-chain data, giving web3 teams the first three-dimensional view into their customer analytics.

Thirdwave’s founding team is composed of experts that have built and executed on many of the products that powered web2’s shift from desktop to mobile. Co-founders, Peter Jonas and Matt Lorenzen, led the core team that launched and ran much of the games and mobile app strategy at Facebook, growing it into a global multibillion dollar business unit.

“We believe this wave of innovation represents one of the greatest opportunities in the history of gaming,” shared Thirdwave’s Co-Founder, Peter Jonas. “Blockchain offers game developers and players shared ownership and as a result true alignment for the first time. Despite this incredible opportunity in front of the industry much of the infrastructure needed for developers to be successful has yet to be built – this is where Thirdwave comes in.”

Thirdwave is creating key infrastructure and tools that will give game developers and web3 builders a deeper understanding of the market they compete in, a clearer view of the customers they care about, and a tangible way to attract and retain high value customers.

Over the next decade, gaming will be one of the largest onramps for new people entering the blockchain space. Currently there are 3.2B+ gamers worldwide, a demographic almost 10x greater than the number of current global cryptocurrency owners. In order for blockchain gaming projects to be successful, someone must build the proper infrastructure and that’s where Thirdwave comes in. Thirdwave is the only company in the space transforming raw data – including on-chain activity, customer data, social channel data, website analytics, industry benchmarks, and more – into insights that businesses need.

Here’s what Michael Anderson, Partner and the Co–Founder at Framework Ventures, shared on why he invested, “Today’s web3 developers don’t have access to meaningful customer data insights, which in turn creates major inefficiencies in the building process” said Michael Anderson, co-founder of Framework Ventures. “With their past experience building and scaling data discovery engines for consumer giants like Facebook, we think Thirdwave is positioned to give web3 projects, especially in the gamefi space, the ability to truly understand their users.”

Thirdwave will use this new seed funding for building out key elements of their discovery engine. This includes scaling and data features, which will further shape the level of insights customers have access to providing more sophisticated on-chain analytics, deep community, and data web integrations, benchmarking tools, and project specific dashboards.