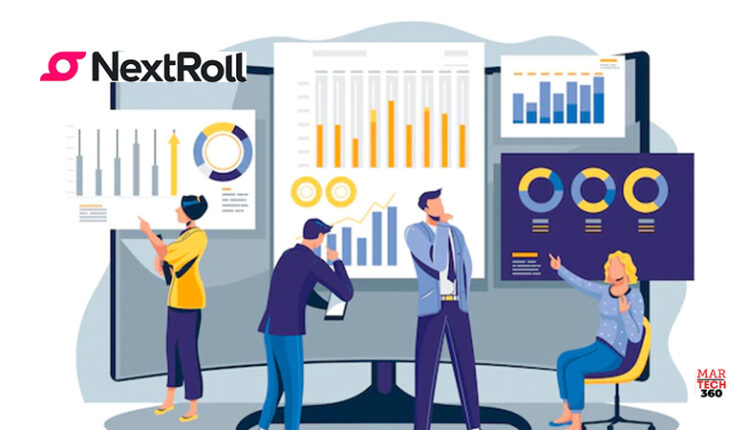 NextRoll, a marketing technology company delivering products ambitious companies use and rely on to grow their businesses, announced it won Built In’s inaugural LGBTQIA+ Advocacy Award, thanks to its inclusive values and LGBTQ+-friendly workplace. Only 25 U.S.-based companies to receive the award highlighting their specific actions taken to create welcoming environments for LGBTQ+ and all employees, empowering their people to be their most authentic selves at work.

“We’re thrilled to have received the Built In LGBTQIA+ Advocacy Award,” said Ngozi Okeh, Director of Diversity, Equity, and Inclusion at NextRoll. “Our DEI initiatives create an environment where the experiences of marginalized groups are centered and embraced. Our ERGs are spaces where Rollers can explore and grow. RainbowRoll –our employee resource group for LGBTQ+ employees and allies – is empowered to develop programs and become a strategic partner with NextRoll in shaping our future. I’m proud to be part of the NextRoll community, supporting our journey toward a more diverse, equitable, and inclusive future.”

An esteemed panel of nine leaders in tech, all advocates themselves, served as Built In’s judges. The group reviewed the nominations and chose 25 companies that they believe are the most inclusive for the LGBTQ+ community, having documented strategies to provide an inclusive environment for LGBTQ+ employees and dedicated hiring tactics to attract LGBTQ+ talent. Among NextRoll’s array of inclusive benefits, Built In highlighted the company’s free employee access to the Calm and Modern Health apps, Roller Recharge Days, and its RainbowRoll employee resource group (ERG).

“RainbowRoll’s mission is to empower LGBTQ+ employees, educate allies, and support the local community,” said Mike Stocker, RainbowRoll’s Executive Sponsor and VP of Partnerships for RollWorks, a division of NextRoll. “This recognition from Built In, alongside companies like G2, Chime, John Deere, Dropbox, and Merck, highlights the great work we’ve been doing to foster an inclusive workplace for LGBTQ+ professionals year-round, not just during Pride Month.”

“Being a part of RainbowRoll helped me to find a voice and build confidence,” said Skyler Ryan, RainbowRoll Leader and Manager of Global Customer Success for AdRoll, a division of NextRoll. “Prior to joining NextRoll, I was hyper-conscious about the way I presented myself as I was fearful of being ‘othered’ or seen as different. I think the power of community and the support that ERGs received from leadership really allowed me to bloom.”

“The winners of our LGBTQIA+ Advocacy Awards Program represent standard bearers for DEI, moving the tech industry closer to the human-centered future of work all people deserve,” says Sheridan Orr, Chief Marketing Officer, Built In. “These companies remind us that change is predicated on sustained and substantive action, not just words. We look forward to seeing how they continue to foster DEI for employees in the LGBTQIA+ community and, by extension, for all employees in tech.”

NextRoll puts a high value on its DEI programming and this year released its 2021 DEI Report that details the various programming and benchmarking it hosts for employees in its AdRoll and RollWorks Business Units, as well as for its corporate team, throughout the year.  “DEI is an essential part of our talent acquisition philosophy here at NextRoll,” said Jody Atkins, NextRoll’s VP of Talent Acquisition. “One of the cornerstones of our strategy is to open the doors to everyone. We want to provide a fair and equitable experience to all candidates.”

Response-Based Email Threats Targeting Corporate Inboxes Are The Highest Since 2020,…

UpCity Survey Results: 84% Of Consumers Are Worried About A…