‘Ignite’ to Uplift Saudi Digital Content Creation and Media Production With Us$1.1 Billion of Investments 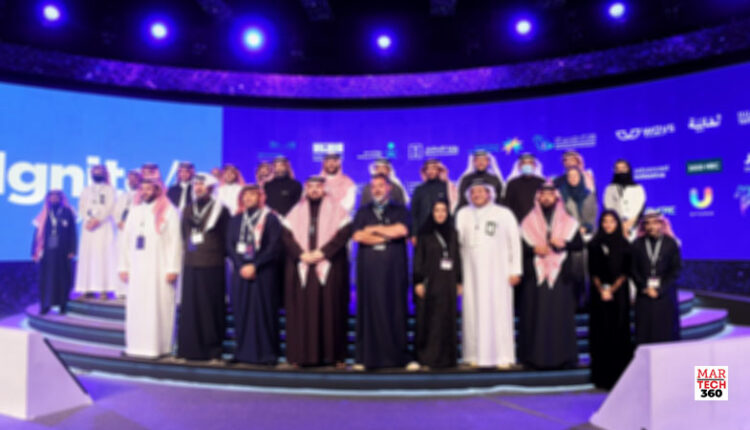 Saudi Arabia announced Ignite, a new program for digital content creation and production, new investments and support for next generation connectivity and communications infrastructure; and a partnership that will see Trend Micro open its regional headquarters in Riyadh. The announcements were made at LEAP22, the global technology platform taking place in Riyadh.

The new program and investments are all part of Saudi Arabia’s plans to accelerate its digital ecosystem and leverage its position in the MENA region to become a leading international digital economy.

The Digital Content Council announced Ignite, a new program that will transform Saudi Arabia into a leading digital entertainment and media production hub. The program aims to create a comprehensive ecosystem which will attract digital content companies and grow the local media and content creation sector.

Ignite aims to triple Saudi Arabia’s digital content market size in gaming, audio, video and advertising. The program is backed by a US$1.1 billion investment, with incentives including financial support for local, regional and international companies and start-ups; infrastructure development; talent development programs and improved policy and regulations.

The program includes funds to support the local film and games industries. Saudi Arabia will also enhance intellectual property protection measures and offer a one-stop-shop to streamline processes for investors.

The Kingdom announced the launch of WiFi 6E, supported by the largest amount of spectrum available for WiFi of any country worldwide. The combination of state-of-the-art technology and record amount of spectrum will allow Saudi Arabia to benefit from the fastest achievable WiFi speeds globally (2.4 Gbps). Enabling this advanced connectivity is expected to quadruple WiFi’s overall contribution to Saudi Arabia’s GDP rising from US$4.7 billion in 2021 to more than US$18 billion by 2030.

The Kingdom’s WiFi upgrade is supported with other initiatives, including the first regional trial of Low Earth Orbit (LEO) satellite technology to extend reliable coverage to remote areas of the Kingdom. CITC will also hold a frequency auction during the first half of this year, a development which is likely to place Saudi first globally for spectrum available to 5G networks.

Trend Micro announced the opening of its regional Middle East & Africa (MEA) headquarters in Riyadh, a security data lake, a cybersecurity center of excellence and other investments in Saudi Arabia totaling over US$50 million. The investments aim to amplify Trend Micro’s continued commitment to protect public and private organizations in the Kingdom and across the entire region.

LEAP is set to become the world’s largest debut technology platform, putting a spotlight on the global innovation ecosystem, connecting pioneers and disruptors with business and government leaders, entrepreneurs and investors to experience and learn about the technologies of the future.

Simpleview partners with SKYNAV to give DMOs conversion through immersion

Immersive Experiences are Key to Consumer Engagement in…

Simpleview partners with SKYNAV to give DMOs conversion…