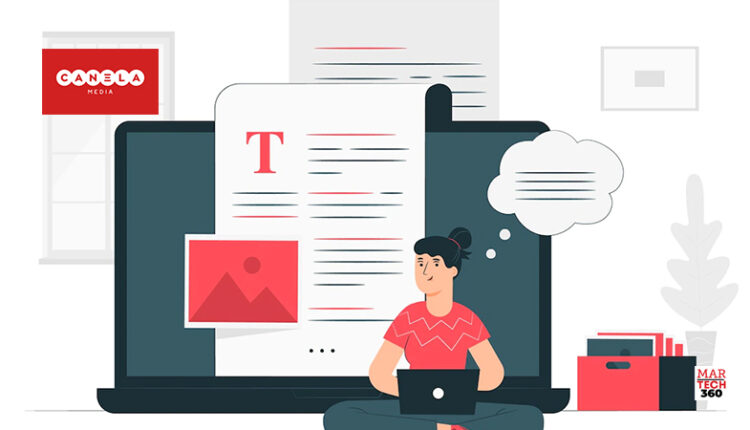 Canela Media, an industry-leading, minority-owned digital media technology company, announced a new appointment to its executive team, naming Jerry Leo as Chief Content Officer. In this newly created role, Leo will be responsible for driving a strategic and systematic approach to content strategy from advanced planning, programming, production, and distribution across all Canela Media platforms including Canela TV and Canela Music. This hire demonstrates the company’s increased investment and focus on content and programming.

Launched in 2020, Canela.TV, one of the first AVOD streaming services for U.S. Hispanics/Latinos, is now approaching 10 million downloads. Canela.TV also has a wide distribution of FAST channels through partners such as Samsung, XUMO and LG. Canela Music launched in 2021 with a variety of music genres and original content. Canela Media reaches over 50 million users across their OTT products and 180 Spanish content sites.

Commenting on the news, Isabel Rafferty, founder & CEO of Canela Media, stated: “U.S. Hispanic consumers crave authenticity due to our vibrant traditions. We expect brands to understand and respect our beliefs, the influence of our heritage and how impactful it can be when developing a relatable connection with us. Content is the gateway for establishing valuable brand-consumer relationships built on trust and brand equity earned over time.”

Rafferty continued, “The most effective media campaigns are led by people who understand the consumer who also have entertainment expertise to develop a compelling story with great impact. Jerry brings to Canela Media extensive industry knowledge combined with keen programming instincts, someone who understands where and when to market content and how best to create it. We are lucky to have Jerry join our executive team and help brands realize the full potential of the meaningful connections they will make with multicultural audiences.”

“With industry-leading resources, I strongly believe Canela Media is poised to continue to break new ground and define the content space for U.S. Hispanic consumer brand marketing,” said Leo. “I am excited by Canela Media’s mission to serve the underrepresented U.S. Hispanic consumer, while bridging the gap to multicultural audiences for marketers, and am honored to join its amazing team that is driving explosive growth.”

This appointment comes on the heels of Canela Media’s most recent announcement of the completion of an oversubscribed $32 million Series A funding round, making Canela Media the single largest funded, Latino-owned company with the 4th largest amount of funding for a female in the media industry. The company has received a total of $35 million in funding to date and plans to add 95 new positions, mainly in engineering, operations, and programming.

Hippo Video Gets ISO/IEC 27001:2013 to Democratize Video Communication in Businesses