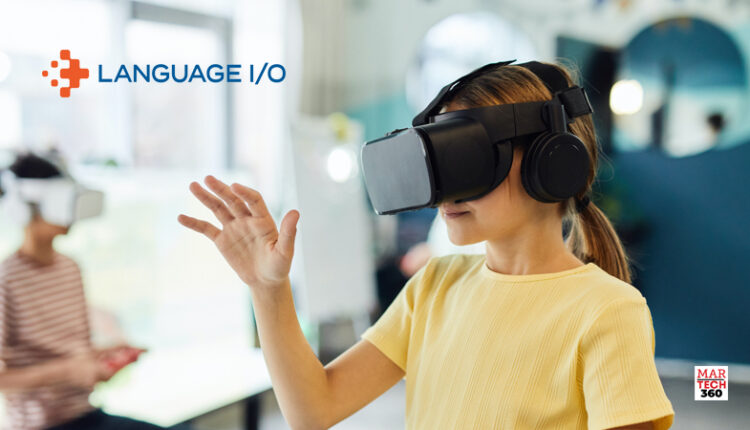 Language I/O (LIO), a leader in multilingual customer engagement, announced two key appointments to their leadership team with the addition of Chief Technology Officer Diego Bartolome and the promotion of Chief Customer Officer Viviana Bertinetto. The announcement comes after a year of momentum with Language I/O announcing a $6.5 million Series A round of funding in January, bringing the total amount of funding raised to date to $12.1 million. In addition to the new executive appointments and fundraise, Language I/O increased its headcount by 62% and more than tripled its machine translation volume in 2021.

“We’re proud to announce these valuable additions to the Language I/O C-suite executive team,” said Heather Shoemaker, CEO and Founder of Language I/O. “As CTO, Diego’s depth of experience and knowledge in the multilingual technology industry will be extremely beneficial as we continue to expand and improve our technology.”

“Promoting Viviana to chief customer officer was a no-brainer,” according to Shoemaker. “She has been a major contributor to Language I/O’s growth and deeply understands the main goal of connecting customers with the technology they need. Diego and Viviana will be incredible assets to our team as we continue building our momentum,” Shoemaker added.

Diego Bartolome, CTO, has spent over 16 years at the intersection of languages and technology to help people and companies communicate in any language. He has built cohesive teams to create, improve and scale tech products with a deep business impact both at his own start-up tauyou and at TransPerfect. Prior to Language I/O, he worked on cognitive services (language, speech, vision, and decision) at Microsoft. He holds a doctorate and master’s degree in electrical engineering and a bachelor’s degree in management and business administration.

“Language I/O is one of the most promising companies in the industry and I’m thrilled to join Heather and the rest of the team as chief technology officer,” said Bartolome. “Language I/O is not a traditional translation company–– it’s a technology company that specializes in translation. This makes it an ideal place for someone like myself with a technical background and a love of languages.”

Viviana Bertinetto, CCO, spent ten years in the industry managing various language service providers’ projects and vendors prior to arriving at Language I/O. Bertinetto has worked closely with customers to automate processes and fully support their localization efforts. She is passionate about working for a woman-owned company and places high importance on women being successful in the tech industry. Bertinetto was born and raised in Italy and earned her master’s degree in foreign languages and translation from the University of Turin.

“When I started at Language I/O, I was immediately impressed with the quality of technology that such a small company was putting on the market and immediately knew I was meant to be a part of Heather’s team,” said Bertinetto. “It has been an incredible experience growing alongside a company that I am so invested in and turning my passion for languages and process improvement into a career.”