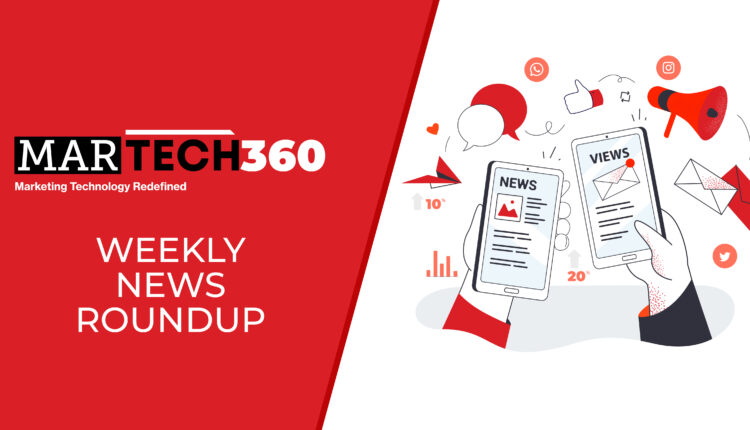 Here is MarTech360’s weekly roundup of the top news from global markets. In this fast-paced world, breaking down information helps readers grasp the nuances that follow the news.

Top 10 News from this Week

eGain Corporation, the leading knowledge management platform provider for customer engagement automation, announced that its enterprise KM platform, the eGain Knowledge Hub™, was selected as the Readers’ choice by the magazine’s readers and users of KM solutions for customer experience and support.

Pontiac Intelligence, a modern and transparent programmatic advertising platform, announced the launch of a proprietary Connected TV (CTV) Bidder at the inaugural Pontiac Summit. Pontiac unveiled the newest ad buying technology product that enables advertisers of all sizes and budgets to purchase OTT and CTV across the connected TV landscape via Pontiac’s direct pipes.

Milagro, a leader in AI powered marketing automation platforms, enabled local food enthusiasts the opportunity to feel the power of determining which chef would win the friendly culinary competition. The Global Culinary Competition, presented by UNLIMEAT and the Dallas Chapter of Texas Chef’s Association, invited attendees to sample over 30 different chef stations and 8 Texas wines as they cast their vote for favorite entrée. The event served as a fundraiser to provide scholarships and grants to local culinary students.

Agorapulse Partners With Hubspot to Release 2022 Instagram for Business Kit

Agorapulse, a leader in social media management software, has teamed with HubSpot, the world’s leading inbound marketing and sales platform, to release a free Instagram for Business Kit.

“Instagram is one of the fastest-growing social networks, with over 1.4 billion active users,” said Emeric Ernoult, CEO and co-founder of Agorapulse. “We worked on the Instagram for Business Kit with HubSpot to help businesses of all sizes take advantage of this powerful platform.”

Web3 social network platform MetaPlayerOne.app has announced the launch of its much awaited Alpha Season that will allow users to create their own DAOs and metaspaces along with all the tools for community management, automation, and monetization.

Clubhouse Media Group, Inc., an influencer-based social media firm and digital talent management agency, announced that they have finalized two separate brand promotional deals with fitness model and social media star, Sommer Ray as well as with social media influencer and actress, Brooke Schofield. Both deals were consummated through CMGR’s majority held entity, The Reiman Agency. Ray was born in Colorado and has won several bodybuilding and fitness competitions. In recent years she has amassed an impressive social media following, boasting 26M+ followers on Instagram alone. Schofield was born in Arizona. She is a rising content creator and actress.

Anti-fraud wireless carrier GoTalk Wireless has rolled out the app ‘Go Talk Wireless’ via the Apple App Store and Google Play Store. The app protects the security of consumers across the wireless industry by allowing consumers the ability to monitor and manage their accounts while providing industry leading security features to protect against Sim Swap Fraud and Phishing.

Unity announced that it has completed its merger with ironSource, becoming the industry’s leading end-to-end platform for mobile app creators. The transformational combination allows Unity to support developers through the entire development lifecycle as they build, run, and grow immersive, real-time games and 3D experiences into successful businesses. The company’s depth and breadth of tools and services are unmatched in the industry. The combined company is expected to be highly profitable and generate positive free cash flow.

Papaya Global Reaches Another Peak with Inclusion in…

Papaya Global, the leading global people management platform for the remote working era, announced that it was included in CNBC’s inaugural Top Startups for Enterprise list.

The honor from CNBC comes on the heels of a month of accolades. Papaya won the 2022 Automation and Integration Award by the Global Payroll Association. Forbes included the company on the Cloud 100, the definitive ranking of the top 100 private cloud companies in the world, for the second year in a row. Leading publications such as Fortune Magazine and Fintech Magazine selected CEO Eynet Guez as one of the top founder-CEOs. Last week, Inc. named Papaya to its inaugural Power Partners list.

Klaviyo, a unified customer platform that provides data-driven marketing tools, including email and SMS, for e-commerce businesses, announced the launch of the Klaviyo SMS Assistant, an SMS tool to automate copywriting.

“As text messaging becomes an increasingly important marketing channel, we’re excited to provide our customers with a tool to make their copywriting easier, just in time for Black Friday Cyber Monday,” said Josh Siegel, VP, Text Messaging at Klaviyo. “Creating the right messaging that is compelling and tailored to the correct audience is one of the most time consuming parts of creating a new SMS campaign – and we’re excited to provide a solution for brands and marketers.”

Quote of the Week from MarTech Expert 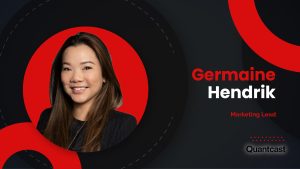 “MarTech is the vehicle that makes sense of it all. The progress we have made with marketing automation is inevitable in this technology-enabled environment we live and work in today.”

Krutika is a digital marketing and content specialist with a passion for writing and understanding the latest trends in Marketing Technology. She is an expert in creating marketing content that is not just informative but also compelling. She is a Tech and MarTech storyteller with a keen eye for smart business practices. Additionally, she is responsible for writing, creating, and executing content marketing campaigns to find new customers and keep the ones that we have already engaged.

Krutika loves the mountains but when on the ground she loves to unwind with a great cup of tea and have a pumped up playtime session with her pet dog.

6 Ways to Fuse Web Scraping into a Digital Marketing Strategy