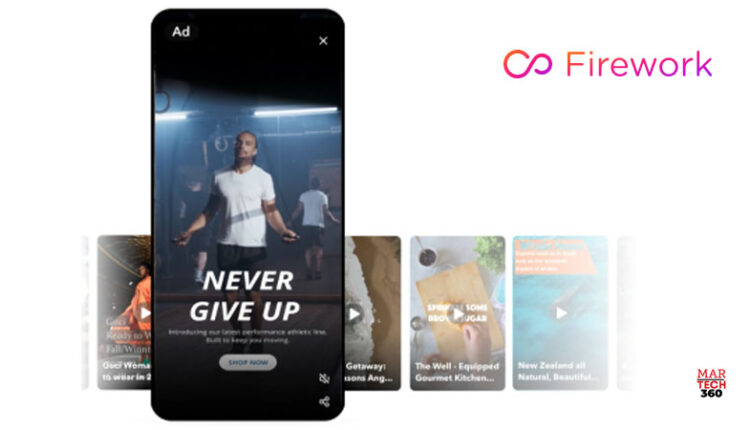 Firework, the leading livestream commerce and shoppable video platform provider, announced Drew Cashmore as its new Head of Global Marketing. The announcement represents the latest in a series of rapid, high-profile hires the company has made thus far in 2022. In January, Firework announced the appointment of four other prominent industry leaders to its expanding roster of senior executives. Hailing from major enterprises such as Google, American Express, and now Walmart, the recent hires are a clear indicator of Firework’s steadily rising profile as a global technology leader enabling direct-to-consumer brands, retailers and media publishers with seamless, insights-rich livestreaming, shoppable video and live commerce solutions.

“The team at Firework has developed a truly transformative platform,” Drew said. “With their bold and visionary approach to content, commerce, and customer experience, Firework is poised to entirely reshape the online ecosystem. And I couldn’t be more excited to join them in that endeavor.”

Also Read: ActiveCampaign CXA Raises the Bar for Customer Satisfaction, Lands at the Top of G2’s Best Software of 2022

Before joining Firework, Drew spent over a decade in a variety of leadership positions at Walmart. During his tenure there, he brought his talents and expertise to bear across a diversity of departments and operations, including marketing, ecommerce, and digital transformation. Drew developed and led multiple new functional areas for the retailer, including Walmart Canada’s first eCommerce and in-house digital marketing platforms. In 2015, Drew launched the Walmart Media Group in Canada, and successfully scaled the business as its general manager. He then joined Walmart in San Francisco to launch the company’s U.S. retail media network  – Walmart Media Group. Under his leadership, Walmart Media Group, now Walmart Connect, added hundreds of clients to its portfolio, increased its packaged program revenues by over 3x, and created first-time engagements with major CMOs across the U.S. market.

“Drew’s knowledge and expertise in digital marketing are second-to-none,” said Vincent Yang, CEO of Firework. “With his wealth of experience and past successes leading organizations to scale, I have no doubt that he will prove to be an invaluable member of our team, and instrumental to Firework’s continued evolution.”

After a string of major successes elevated its profile in 2021, Firework has continued to generate significant momentum with a growing user base and vigorous talent acquisition. Successful partnerships with household names such as Albertsons Companies, Heinz® and the PGA Tour — in addition to a successful Series A investment round and a significant investment deal from Amex Ventures — have propelled Firework to the top of the West’s rapidly expanding shoppertainment industry.